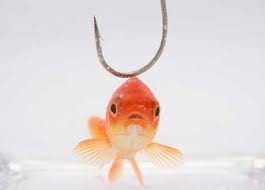 The following is true story about a salesperson who is trying to hook a new customer. I’ve changed the names to protect the innocent.

There was this salesperson who had a GREAT product, but needed more customers. He decided that millions of business people just like him traveled this path before, so he cracked the Sales 101 textbook and did the following:

One of the prospects on this salesperson’s list (we’ll call him “Jorge”) would take his phone calls, listen intently, say all the right things, and then end the conversation by putting the salesperson off for a few more months.

“Gosh, your products and services do certainly sound interesting and affordable, but we already have a vendor who we really like who does the same thing you do. We really like our vendor, but once things slow down around here, we’ll let you come over and show us what you got,” said Jorge.

This went on for TWO YEARS!

Well, Jorge’s employees looked over the huge sample and the sales materials. They fell in love with it just like the salesperson had promised on the phone. When Jorge returned to the office, he also totally became enamored with the product and services.

Two weeks later nothing has happened! 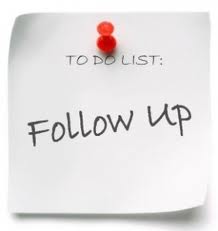 Jorge hasn’t followed up or called the salesperson because he is busy.  While the salesperson’s product and services are really enticing, the reality is that the existing relationship with another vendor takes the sense of urgency out of doing anything. As for the salesperson, they obviously haven’t finished reading their Sales 101 textbook and have neglected to read the chapter titled “ABC: Always Be Closing”.

“ABC: Always Be Closing” isn’t a bad paradigm for fundraising professionals. If you’ve never heard of this approach, it entails the following:

While I think the final bullet point is probably where I draw the line, fundraising professional can apply “ABC” and walk away from this story with a few lessons learned.

For example, if you aren’t HUSTLING for new donor prospects every day that you are employed, then you aren’t really focused on building your donor base. Prospects are all around you. They shop at your grocery store. They belong to your church. They attend your Rotary Club meetings. There is a way to always be talking about your charity in acceptable, non-obnoxious ways. When someone says “Huh, that sounds interesting,” then it is perfectly normal to invite that person to tour your facilities or sit down over a cup of coffee to learn more. 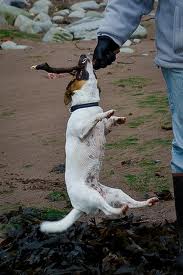 The thing I see most of us neglecting to do is FOLLOW-UP. We send letters, emails, and newsletters. We make phone calls, have introductory coffee meetings, and give tours. We drop the ball and let things hang out there just like the salesperson in the aforementioned story. We introduce our mission and cultivate prospects, and then one of the following things usually happens:

I suspect that most of us would get 100 percent better at securing new donors if we mastered the concept of follow-up and didn’t fall into the same trap that the salesperson in the story fell into.

What are your thoughts? Do you have any similar stories to share? How do you apply the principle of “follow-up” without over-staying your welcome or upsetting the prospect? Please scroll down and use the comment box to share your thoughts along with your tricks of the trade. We can learn from each other.