It has been my pleasure to write for DonorDreams each Monday in 2012. A lot of exciting things have happened in the social media world and I have enjoyed discussing a variety of topics with you.  As the year comes to a close, I thought it would be a great idea to look back on some of the most popular “Mondays with Marissa” posts here on DonorDreams and see if there are any updates to share. Today, we are going to look at #10 – #6 on the most popular posts list.

#10 – Have You Googled Yourself Lately? You’d Be Amazed at What You Find
In this post, I talked about the importance of doing periodic searches on yourself and your organization on Google to see what comes up. It’s a good habit to get into so you can see what people see when they search for you. Remember that your goal is to make sure your site is the first search result that comes up. In the post, I also point out how to make sure Google has all of the information it needs to make this happen.

Beyond actually going to google.com and searching for your organization, you can set up a Google Alert that will email you whenever your organization is mentioned elsewhere on the internet. I find this useful to keep my eye on all corners of the cyberspace.

Besides looking yourself up on Google, I suggest searching for yourself and your organization on Bing and Yahoo as well. Not everyone uses Google as their search engine of choice. 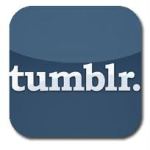 #9 – How Nonprofits Can Use Tumblr
Tumblr is quickly growing into a force in the social media world. I think of it as a combination between Facebook and Twitter. In “How Nonprofits Can Use Tumblr,” I explain the best way you can use Tumblr for your agency and how to write a successful Tumblr post. The audience of Tumblr is a bit younger than those on other social networks. So, it might be the best way for you to gain supporters with the younger generation.

Since the writing of this post, I watched how the Obama campaign used Tumblr to share what supporters were writing about the election as it was happening. I also saw how Tumblr users raised funds for those effected by Hurricane Sandy.  The moral of the story? Don’t leave Tumblr out of your social media plan. It’s quickly picking up steam and becoming a source to find supporters.

#8 – How Can Nonprofit Organizations Use Google Hangouts Effectively?
To me, Google Hangouts are one of the most interesting things to come out of social media this year. Growing up, video chatting with someone on your computer seemed decades away, but today you can have a chat with multiple people at the same time using free software over the internet. It’s amazing if you stop to think about it. In this post, I highlight how non-profits can use Google Hangouts to hold meetings or broadcast special events over the internet.

I have seen Google Hangouts become home to many podcasts that I listen to as an alternative to using Skype to call guests. I have also seen game shows hosted using this platform. I suspect Google Hangouts is something that will just continue to grow into 2013, and I will be watching to see how it does.

#7 – Lessons Learned from The Susan G. Komen Foundation’s Use of Social Media
When the Susan G. Komen Foundation decided to stop funding mammogram screenings for Planned Parenthood earlier this year, news feeds and timelines everywhere were filled with voices on the subject. Looking beyond the politic, what happened between these two organizations still provides vital lessons when it comes to how non-profits should use social media.

Months later . . . the Susan G. Komen Foundation is still recovering. As recent as September, the founder and CEO, Liz Thompson stepped down from the organization. The big take away is that what happens in social media can have a real impact on the structure of your organization.

#6 – How Google’s Recent Changes Affect You and Your Nonprofit Organization
At the start of 2012, Google started to shake things up when it comes to delivering search results. They introduced something known as “Search + Your World”. This changed how results show up when you search for something. If a person in your network “+1”’d something, it would show up before other search results. Also, Google made one large Terms of Service to umbrella all of their services where each product used to have on of their own.

There haven’t been many major changes since that time. Your real name is still used when you sign into your Google account. Most recently, this has spread to YouTube in an attempt to bring more continuity between Google products. The internet used to be a place for anonymity, and it is increasingly becoming more and more public. I predict this is a trend that we will see continue in 2013.

We’ve talked about a lot of things in “Mondays with Marissa” posts this year,  and this is just the first half of the list!  Do you have any updates on the topics shared above? Have you used the any of the products or services since I first wrote about them? I’d love to hear from you in comments. Stay tuned for Part Two!