← What are you doing with your non-profit data?
Have you fallen in love with Michael Stelzner yet? → 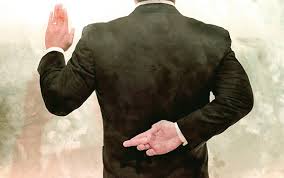 Welcome to O.D. Fridays at DonorDreams blog. Every Friday for the foreseeable future we will be looking at posts from John Greco’s blog called “johnponders ~ about life at work, mostly” and applying his organizational development messages to the non-profit community.

In a post titled “Fire and Rain,” John talks about the story behind the story with regard to James Taylor’s song “Fire and Rain” and his personal reaction when he discovered some of the urban legend associated with it. While it is obvious that John will use this post as a springboard to another post, I think John’s reaction as he describes it in his post speaks to a basic truism:

No one likes to feel like they’ve been deceived.

Even when there are elements of truth, I’ve seen people react strongly just because it “FEELS” deceptive.

This idea is something that non-profit organizations deal with all of the time as it relates to donor communications. Right?

The following few examples spring immediately to mind for me:

These are fictitious examples, but do you remember the 1994 Christian Children’s Fund scandal? Here are a few other recent examples of when donors were deceived or “felt” deceived:

In John’s post, he admits that his feelings for James Taylor’s song “Fire and Rain” changed after he learned the truth. The reality is that your donors’ feelings for your agency will change if they feel deceived. The point here is that it doesn’t even have to be outright deception. It only has to be the “feeling” of deception.

What does your agency have in place to insure honesty, transparency and ethics? Please use the comment box below to talk about things like ethics policies, whistleblower policies, evaluation practices, etc. We can all learn from each other.

← What are you doing with your non-profit data?
Have you fallen in love with Michael Stelzner yet? →