← Get more from your prospect research and screening efforts: Part One
Words of wisdom from GE television commercial and our friends at Disney →

Get more from your prospect research and screening efforts: Part Two

Good morning, DonorDreams readers! Tis the season, and like you I am slammed. I apologize for missing Tuesday’s post, but the day just slipped away from me. I’m very sorry. However, today’s post is the second part of the prospect/donor research and screening article from DonorSearch’s Sarah Tedesco. And it is VERY GOOD!!! Last week she wrote about screening and how it can help improve your special events. Today, she focuses in on how it can help you identify hidden planned giving prospects in your database. I hope you enjoy this morning’s post.  Here’s to your health!  ~Erik

5 Factors That Can Help You Identify a Planned Giving Prospect

When nonprofits talk about identifying a prospect’s giving capability, there is usually some variation on three points.

Capability can be evaluated based on a person’s philanthropic inclination, level of wealth, and connection to your organization.

That donor identification formula is used regularly for prospect research, and it works. Most often, organizations turn to this research when seeking out major giving candidates. But, there’s another type of donor that also deserves that level of investigation: planned giving donors.

If a nonprofit knows what to look for, it should have no problem locating planned giving prospects.

The following five factors are all identifying traits of planned giving donors.

These indicators are rooted in the above points (philanthropic interests, wealth, and tie to your organization), but have been tweaked to specifically help identify planned giving donors.

In terms of traditional types of giving, past donations are strong indicators of future giving. That trend logically carries over to planned giving.

Leaving a planned gift is a way of securing a legacy, and those who donate such gifts are likely to want to have a legacy with an organization that they’ve had a strong connection to.

The correlation is clearly evidenced by the fact that during their lifetimes, 78% of planned giving donors contributed over 15 gifts to the organizations they allocated funds to in their wills.

This factor is in reference to those whom your organization positively affected. The range is fairly broad here. A planned gift might be left to a university by a dedicated alumnus. Similarly, a hospital might receive a planned gift from a grateful patient.

Cross reference your list of those who have benefited from your service and have also donated, and that can be the start to your search. Throw in some of the next few traits and you’re on your way to finding the perfect planned giving prospects for your organization.

Let me start by stating in no uncertain terms that planned giving prospects do not have to be wealthy.

I repeat — planned giving prospects do not have to be wealthy.

We’ll get to that point in a moment for factor four, but for the time being, we should acknowledge that many planned giving donors are wealthy.

How do you check for these signs of wealth? Perform a wealth screening. You’ll be looking for real estate ownership, extensive political giving, stock ownership, and other similar indicators.

Factor four encompasses the large gift loophole for planned giving donors. Although they are often comparable in size, unlike major gifts, planned gifts do not inherently require wealth.

Just because someone does not have the current expendable income that allows for large charitable gifts does not mean that the person is disinterested in giving those gifts.

Those who want a workaround for that obstacle can allocate a planned gift in their wills (also known as a bequest). That way, the funds go to the nonprofit when the donor no longer needs them.

If you want to build the kind of relationships that result in planned gifts in situations like these, your organization absolutely must have excellent stewardship. Nonprofits with successful planned giving programs follow top-notch donor retention practices.

Factor Five — Has Been an Ongoing Supporter of Your Organization

You’ve probably noticed a theme among three of the traits listed above:

Planned gifts are not left on a whim. The word planned is in the term! They come from people who have developed a bond to your cause, so you need to keep them in mind when considering prospects. Think beyond those who have made monetary gifts.

Support of your nonprofit comes in many forms. Don’t forget that when you’re finding planned giving donors.

8% of individual giving comes from bequests. Ensure that your organization is receiving a part of that 8%. Now that you know the prospects you’re looking for, start seeking planned gifts. 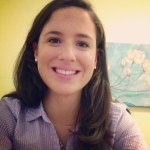 Sarah Tedesco is the Executive Vice President of DonorSearch, a prospect research and wealth screening company that focuses on proven philanthropy. Sarah is responsible for managing the production and customer support department concerning client contract fulfillment, increasing retention rate and customer satisfaction. She collaborates with other team members on a variety of issues including sales, marketing and product development ideas.

← Get more from your prospect research and screening efforts: Part One
Words of wisdom from GE television commercial and our friends at Disney →