Should “We the People” be allowed to place failing non-profit agencies into financial receivership?

After dropping my partner off at O’Hare airport this morning, I drove back home listening to NPR’s “Morning Edition” when a story about the State of Michigan came on the radio. In a nutshell, Michigan has a law on the books that allows the state to “takeover” local municipalities who are failing and drowning in a sea of debt. This law gives the Governor the authority to appoint an “emergency manager” whose authority supersedes all elected officials in that community including the duly elected mayor and city council members. Of course, all of this is in the news because the City of Detroit is potentially the next target for takeover.

Many of you are probably wondering by now: “What does any of this have to do with non-profit organizations, donors, boards of directors and fundraising, which is what I typically write about every day?”

While listening to the pros and cons of this controversial law, I found my mind wandering back to non-profits and wondering “How would I feel about this if the story was about a failing non-profit agency instead of a failing local municipality?”

I think this is an interesting question. I even nibbled around the edges of this topic when I posted a blog titled: “Can a non-profit board contract out its management to a for-profit company?” back in September 2011. 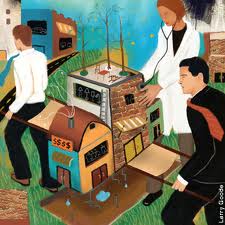 I suspect that I have some people’s attention now.    😉   And some of you are now asking: “How could this Michigan law be adapted to a non-profit setting?” Well, what if the state passed a law that said any non-profit agency that runs a budget deficit for three years in a row must enter into a financial receivership arrangement with a third-party entity whose charge would be twofold: 1) restore liquidity and 2) minimize loss of services to clients.

Crazy idea? I am not sure. This is what the State of Michigan is doing with its failing municipalities. Why is this a good approach in Michigan and not a good approach for the non-profit sector?

Yes, I am being a bit of a “pot stirrer” today. But seriously . . . I think this is a topic worth talking about. Don’t you? After all, there are too many non-profit organizations who are on the verge of insolvency today, which means there are millions of American who rely on those services that could be adversely affected. 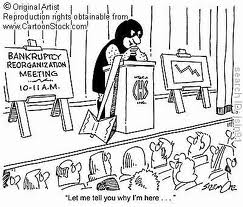 In the end, I suspect this boils down to a question about “freedom”. Right?

Do individuals have the right to fail in America even when that failure can adversely affect countless others? Or are we all our brother’s keeper and does it take a village to raise a child?

Hmmmmm . . . I hate it when NPR challenges my core beliefs like that. LOL  Because before that story ran about Detroit, I would’ve told you that I didn’t think a Governor should be allowed to “takeover” a local municipality and override the will of the people when it comes to electing their neighbors to manage their community’s affairs.

After looking at multiple sides of the issue and applying it to other examples, I now think this issue is bigger and more complex than I originally thought.

What are your thoughts about whether or not failing non-profit organizations should be forced into financial receivership? Does your agency have the “right to fail” and end up affecting countless others who rely on you for service?

Please scroll down and use the comment box to weigh-in with your opinion.