Time in the office versus time with donors 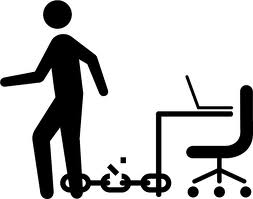 When I was an executive director, I always struggled with the question of how much time should a fundraising professional spend behind their desk?  In fact, it drove me crazy. My personal opinion has always been that resource development is all about relationship building, and it is hard to build or grow a relationship from behind a desk. My assumption was that the less I saw the development director in the office, the more effective they were at growing relationships with donors and implementing the organization’s resource development program.

After many years of reflecting upon these beliefs, I now wonder how wrong I might have been.

Please don’t misunderstand me. I still believe with all my heart that resource development is all about relationships, but I now have questions such as: 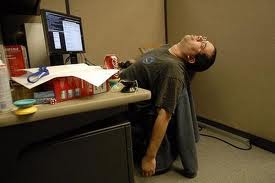 If you are an executive director who likes to chain their fundraising professionals to a chair in the office, then you need to get over that instinct. You are most likely killing your resource development program unless your plan is highly focused on grant writing.  I think Marc Pitman does a great job of speaking to this issue and provides a free weekly call report tool for your use in his blog post titled “Are fundraising professionals stupid?”

My best suggestion for both executive directors and fundraising professionals is to read Marc’s blog post, download his weekly call report template, and start using them. I might even go as far as suggesting that copies of these reports get attached to the executive director’s monthly report that gets turned in to the board of directors (possibly included in the board packet).

What gets measured gets done.

I believe that Marc’s weekly call reports speak to this point. If you want to motivate yourself and your resource development staff to get out of the office, then start measuring it.

I posed a number of different questions in this blog post and haven’t even come close to providing as many answers. I thought I’d ask the readers of this blog to first weigh-in with what you think the answers are. Please scroll down and use the comment box to share your opinions or how your organization addresses such questions. There are no wrong answers. In the next few days, I will spin-off a few more posts on related subjects.

Non-profits can learn a lot from the Chicago Cubs 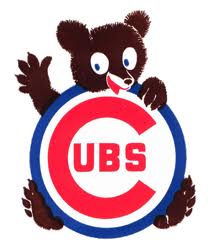 I attended the Chicago Cubs Convention this last weekend with my partner, father, brother and nephew. This is the 27th annual convention, and I think this is the fourth or fifth time I’ve attended with my family. As many of you know, I look for signs of philanthropy everywhere I go in life. It is one of my quirky charms.  🙂

It would’ve been easy to write about the $4 million that the Chicago Cubs have raised for charities with the proceeds from this convention, but I decided to look a little deeper this year. Not surprisingly, I found three things that the Cubs organization does at its annual convention that non-profit and fundraising professionals can take away from the experience.

A Sense of Accountability
Everyone in America knows the Chicago Cubs haven’t won a World Series in more than 100 years. This is the equivalent of a non-profit organization being unable to demonstrate community impact or program outcomes to its donors. To some people, it is surprising that the Cubs have any fans remaining with such an amazing inability to produce any return on investment (ROI).

However, the convention does something interesting for the Cubs organization. It gives fans the sensation they can hold the team “accountable”. There are sessions with ownership , management, coaches, and players. During those sessions, fans are permitted to ask questions and make comments from the floor.

While it is important for non-profit agencies to demonstrate ROI and impact, it looks like letting donors “hold you accountable” can go a long way when your ability to generate outcomes might still be a few years off. 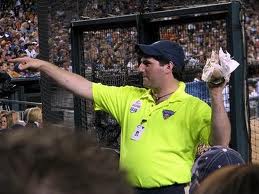 It is all about the upgrade
It shouldn’t surprise you that the cost for last weekend was high (e.g. convention passes, hotel, and food). Tack onto this pricetag the cost of attending a few Cubs games throughout the summer, and it becomes apparent that being a Cubs fan isn’t cheap. However, this didn’t stop the Cubs from gently trying to up-sell me at every turn.

Have I considered attending spring training with the team in Arizona? What about signing up for a tour of Wrigley Field? Will I give some thoughtful consideration to upgrading from a fan who just attends a few games every year to a 9-Game Pack ticket holder?

I’ve met too many non-profit organizations who are afraid of asking their donors for more. The excuse usually given is that they’re afraid of “offending” those donors. Well, I can honestly say that I was never once offended by the Chicago Cubs and their vendors. I highly doubt most donors would either. However, I suspect that the key to not offending anyone is in how you go about doing it. In each of the previous up-sell examples, the Cubs had a very well-defined “case for support” (aka sales pitch). 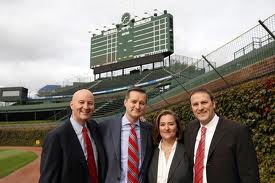 Becoming part of the family
At one point during the weekend, I had to giggle to myself because I paid the Cubs a lot of money for the right to be their captive all weekend and permitted them to market to me. While this realization should make me feel stupid (because they should be paying me for that privilege and not vice versa), I really don’t feel that way. As a matter of fact, I feel lucky and a little privileged to have been part of the experience.

The Cubs made every one of their guests feel special and a part of their family. Everyone likes to “belong” to something (e.g. church, alumni associations, service organizations, etc), and the Cubs have created an experience that nurtures this feeling, which in the end helps them make a lot of money.

Non-profit organizations who put their minds to it can turn their marketing materials and donor recognition societies into a similar kind of experience for their donors. I suspect that those who do so will see their donor loyalty rates skyrocket.

In closing
As a lifelong Cubs fan, all I have to say is that I believe a World Series title is waiting for us right around the corner in spite of the fact that the Cubs have embarked on a major “team re-building project” this year.  I guess hope does spring eternal, which is a good thing for some non-profit organizations.