← More lapsed donor best practices
What non-profits can learn from a man skydiving at 128,000 feet →

Welcome to O.D. Fridays at DonorDreams blog. Every Friday for the foreseeable future we will be looking more closely at a recent post from John Greco’s blog called “johnponders ~ about life at work, mostly” and applying his organizational development messages to the non-profit community.

In a recent post, John (who is a major Chicago Cubs fan as am I) wrote about the July 9, 2005 game between the Chicago Cubs and Florida Marlins. That was the game where Adam Greenberg got hit in the head by a pitch during his first plate appearance in the major leagues. John didn’t try to spin this story into an organizational development gem and just filed his thoughts under the category of “Just Because“. However, this post got me thinking about how difficult it is to be a non-profit executive director.

A few days ago a dear friend of mine approached me over coffee and asked what I thought about him applying for a local non-profit executive director vacancy. In hindsight, I wish I could take my words back because they were in the neighborhood of “Are you effin’ crazy?”

I know the source of my response came from a good place in my heart because what he doesn’t understand is that every day non-profit executive directors step to the plate and every day they get hit by pitches thrown by board members, volunteers, donors, staff, clients and random people on the street.

Perhaps, this is a dramatic analogy (and I am not comparing it to what Adam Greenberg has dealt with), but I do think at some level there is an appropriate comparison to be drawn.

There are lots of fast balls, and the good non-profit CEOs have great batting averages. Yet, there are still lots of hit batsmen. Here are just a few examples (all real, some silly, and some not so silly) that I’ve seen my fellow executive directors get hit with throughout the years:

Ahhh yes . . . and this is just the beginning of what I’ve seen executive directors deal with. The high-and-tight fastball isn’t just a thing for which major league baseball players need to prepare. It is something non-profit executive directors and probably all workplace leaders need to be on the look-out for.

I also think I am begging a question here:

“What talents, traits, skill sets, and characteristics are important for a non-profit CEO to possess if they are to be successful?”

A dear friend of mine, Joe Lehr, from the Boys & Girls Club Movement once wrote an article titled “The Essential Talents of the Non-Profit Leader“. In that article, he identified five talents that he believes are foundational for non-profit leadership: 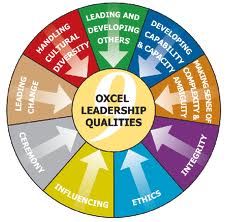 There are many other skills sets that involve fundraising, board development, and organizational development issues. I personally like what I once read in a book titled “How to Think Like a CEO: The 22 Vital Traits You Need to Be the Person at the Top” written by D.A. Benton.

From a skills, traits and characteristics perspective, what have you seen the best and most effective non-profit leaders? What resources (e.g. articles, books, websites) have you seen that do a good job of putting their finger on this issue? Most importantly, how have you seen boards figure all of this out during an executive search process?

Posted on October 12, 2012, in Uncategorized. Bookmark the permalink. 1 Comment.

← More lapsed donor best practices
What non-profits can learn from a man skydiving at 128,000 feet →